Another week passed = another week of progress. This week we finally added more of the core mechanics to the game, after a significant amount of bug fixes and optimization issues. We have a game this time! Without crashes!! Development is an amazing thing

Our Programmers had a lot on their hands but managed to do most of what we aimed to achieve this sprint - the basics (Environment generation (tiles, walls), game loop and character classes) were all done and implemented. The random pickup generator was completed as well, along with the functionality of one of the pickups - the balloon pickup, which when picked up, gives the players the ability to float for a while, making the immune to falling. Some of the other pickups were also developed, although not implemented in the gameplay yet.

Since all the characters were more or less done, the focus this week was the creation of the environment, pickups and particles.

A set of walls was modeled, based on the sketches from the prototyping phase - normal, tilted walls, destroyed walls and some columns (the latter two will serve as obstacles for the players) + a torch, containing a stylized fire particle, was modeled as well. One of the Artists created an explosion particle for the pickups that explode (mine, bomb): 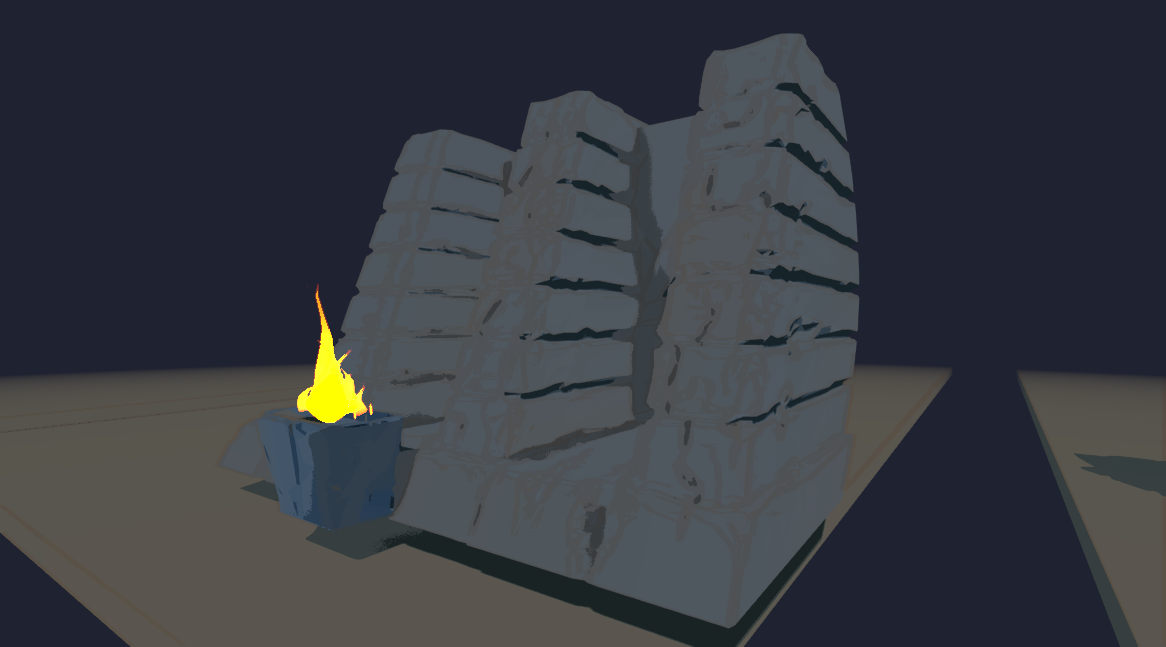 The majority of the pickups were also modeled (shown below, from left to right; top: medicine bandaid, balloons, bazooka, dash pickup (shown via a set of boots with a swoosh behind them; bottom: mine, bomb, banana peel). We are still uncertain whether or not we will use all of them, but this is the majority of the ones that were planned. The Shapeshifter's Raven form was also modeled. (farthest left) 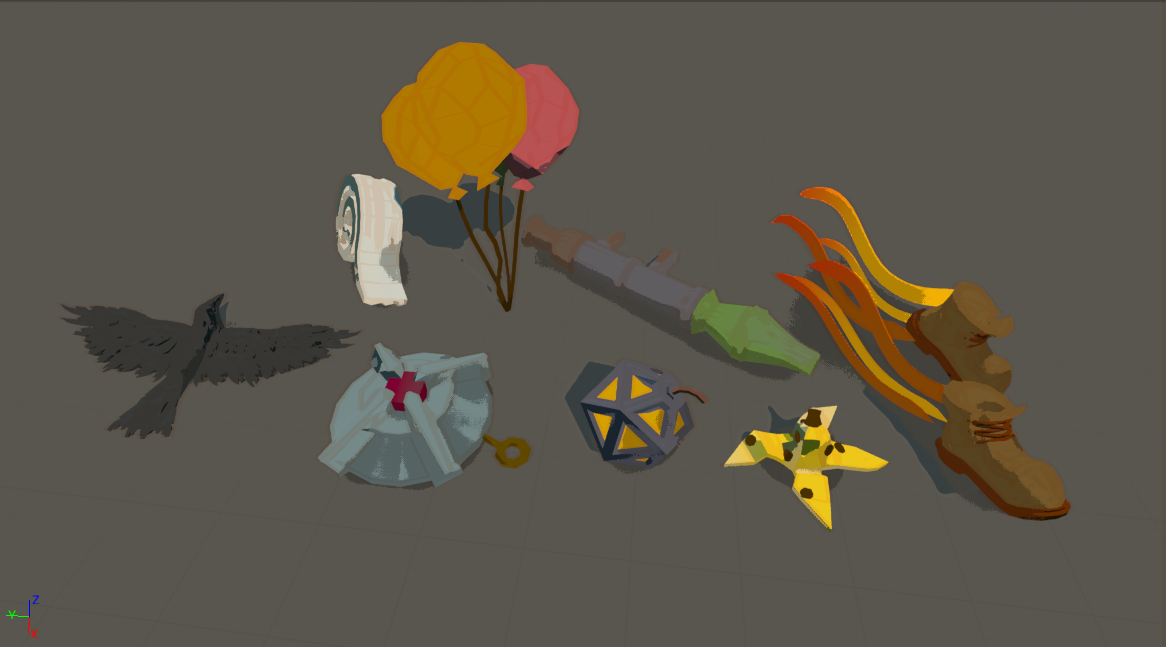 We assembled the environment with only the basic walls and torches, along with the characters, to get the final feel of the game (and to judge the colours (whether all players read well), the scale and the width of the corridor). This was the result: 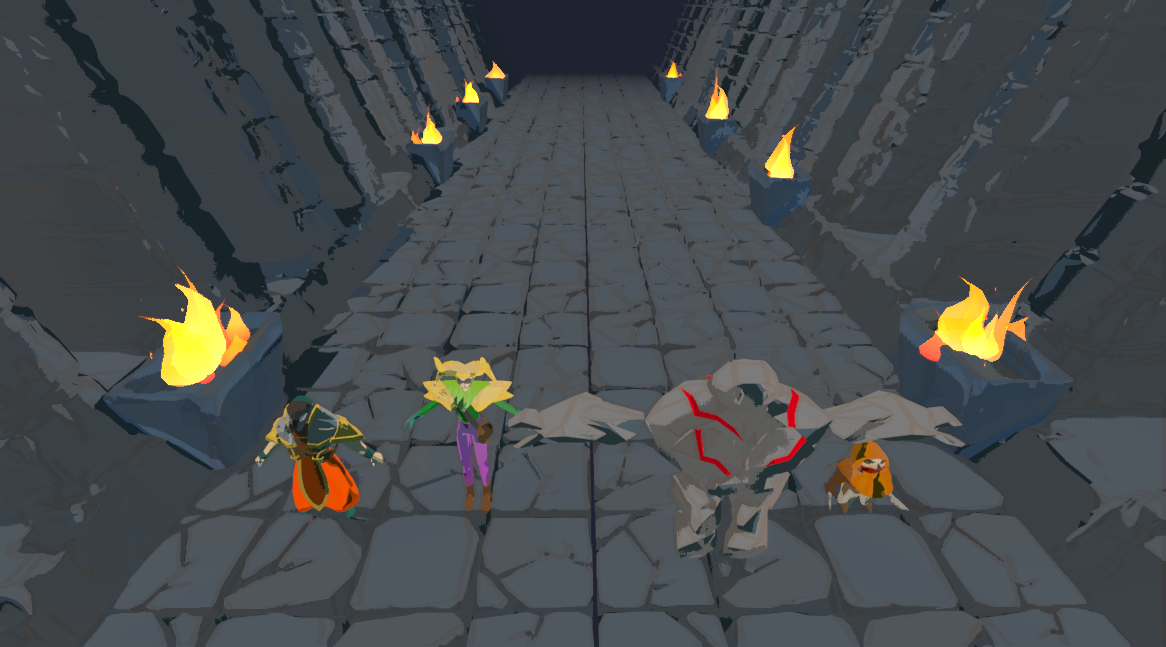