On the programming side, this week we did a lot of play testing and balancing of the game. All the particles were added and abilities were refined. More bugs were fixed. Destructible obstacles were smoothly integrated, which gave us the issue that they might block the players sometimes, as shown here, while the mesh was destroyed by a boulder:

We decided to just remove the collision of the debris once it was destroyed, so the player can move through it (the grenade destroying the mesh is also visible):

Might not be the most realistic choice, but it's all in service of balancing the game play.

Art:
First off, particles. The magic particle was refined, this is the final look:

The Golem ability particle was also refined, as shown here (along with the meshes destructability):

5 seperate vine meshes were modeled and added in the generation of the level randomly to the walls, as to avoid the tiling that was present previously. Also, in the beginning of the game, a gate was modeled and added as a visual block, so the characters aren't just blocked by a colission volume from stepping on the tiles before the game has started: 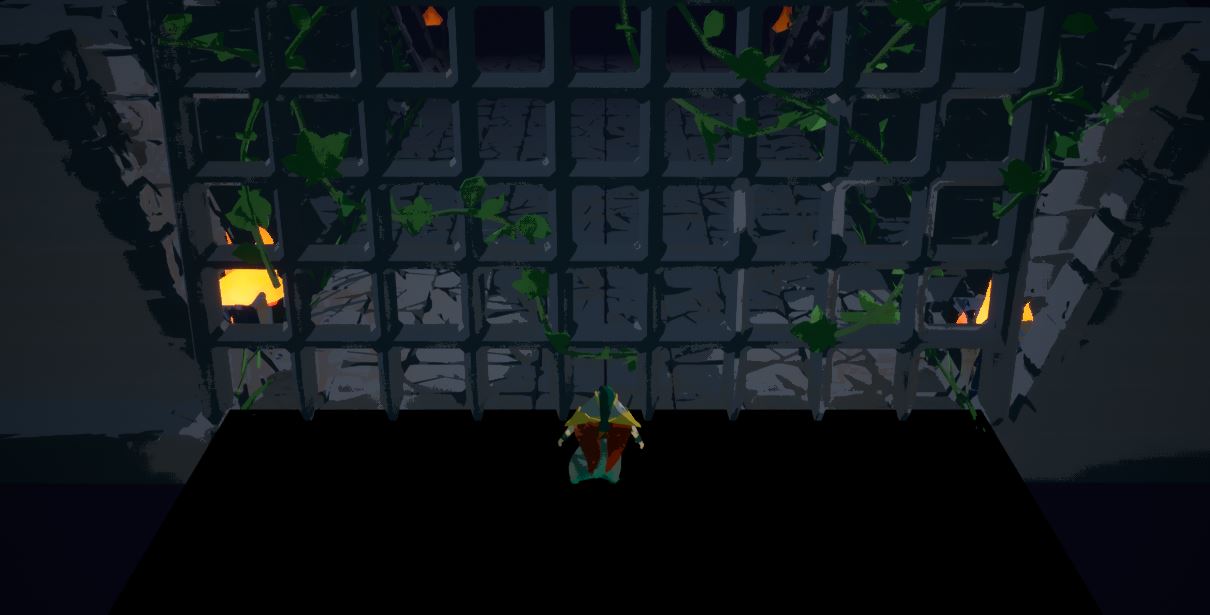 A final logo was decided. At the end it was a choice between these options:

The majority ended up going for the second one, with the transparent Rumble letters, which would look something like this In-Game: 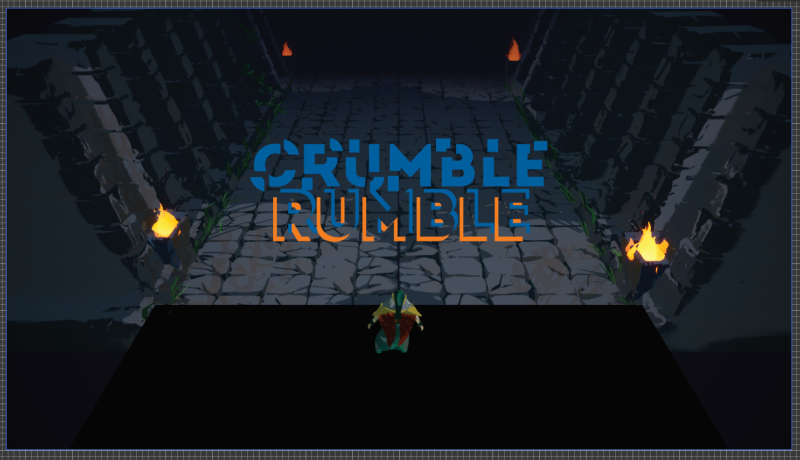 Some colour adjustments will be needed, but overall we are going for this one.

Little time is left, we need to do the presentation and trailer next, as well as some bug fixing. Sounds need to be integrated, as well as some visuals (like screen shakes, controller vibrations and all that). It's almost over!