Week one of the Polish phase has begun and we have a lot of work to do! The goals for this sprint are many and time is short!

To start with, on the programming side, our programmers worked on bug fixing and balancing for the most part. A blend in the camera tracking was implemented, so it can have a smoother follow path. A bug with the Balloon Pickup was fixed, which didn't allow the player to use it while jumping. An "end screen" of sorts was implemented, in which the camera keeps following the level after there has been a winning player. Some gameplay details were also discussed, like whether or not the grenade should bounce or not, since it could sometimes cause issues (like the players sabotaging themselves, not eachother), or it just hitting a mesh and flying away, not being thrown in the direction the player wanted to launch it to:

We decided to have it explode on impact most of the time, instead of bouncing,  as a solution to this.
Some visual polishing features were added in the generation of the level, like random vine generation and visuals for the collapsing floor (a boulder destroying it):

Along with all that, some new bugs were (of course) discovered (as shown in the GIF above) and fixed.

We also had a lot to do on the art side of Polishing. Most particles were polished and implemented, some were started, like the Golem ability one (shown with the Shapeshifter here):

And a popping balloon ones for the drunkness ability of the Trickster:

Grass and vines were created and added to the generation of the wall meshes: 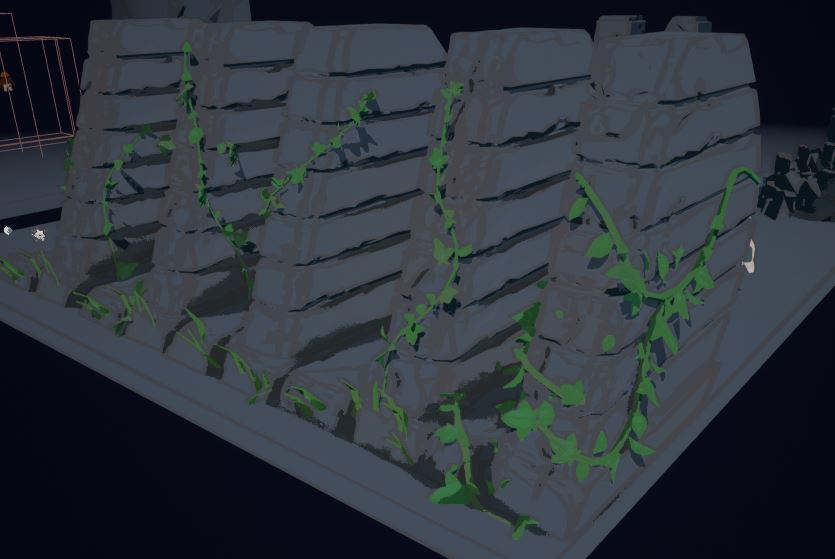 A fading material was also created, so the meshes don't block the camera during gameplay, but rather fade out.

Variations of the final Logotype were created: 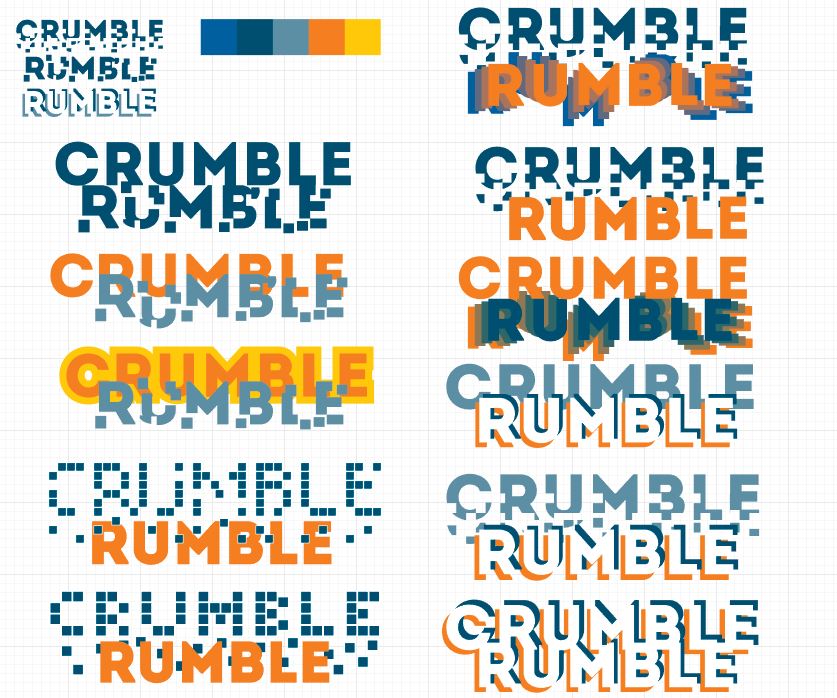 And animations were polished.

For the next week, we will need to finish up most of the particles, integrate some polishing features and balance some abilities and pickups, as well as integrate sounds.