On the programming side, a lot of things were implemented and taken care of. After the shocking failure that was the 5FPS playthrough, the bug that was causing it was fixed and the game runs smoothly now.

Shapeshifter - Transforms into crow and flies over obstacles

Trickster - Casts "Drunk" spell on player that's most to the front, distorting their movement (added noise pattern) and basically making them "drunk".  Movement shown in this example, without animation implemented yet:

Movement distortion is a lot more obvious while playing, because the player is controlling the character.

Rogue - The rogue becomes a shadow and can move through objects. This ability is only partially implemented.

Pickups: For example, the mine pickup, after picked up, can be placed and activated. Once activated, it explodes and blasts away players. Example shown here, with blast distance very exaggerated and with explosion particle included.

At this time we lack the footage to showcase the rest of the pickups, but all were implemented and work well. Some polish is needed, but it's just variable tweaking. Overall out programmers did a great job and managed to implement most of the planned content!

On the art side, our Tech, UI and FX artist created majority of the particles and our programmers implemented them in the game! An example is this particle, which leaves dust traces after players' feet as they walk:

Or these ones, used for the Rogue ability:

When it comes to UI design, most icons were created and implemented in the screen, like this character ready icons: 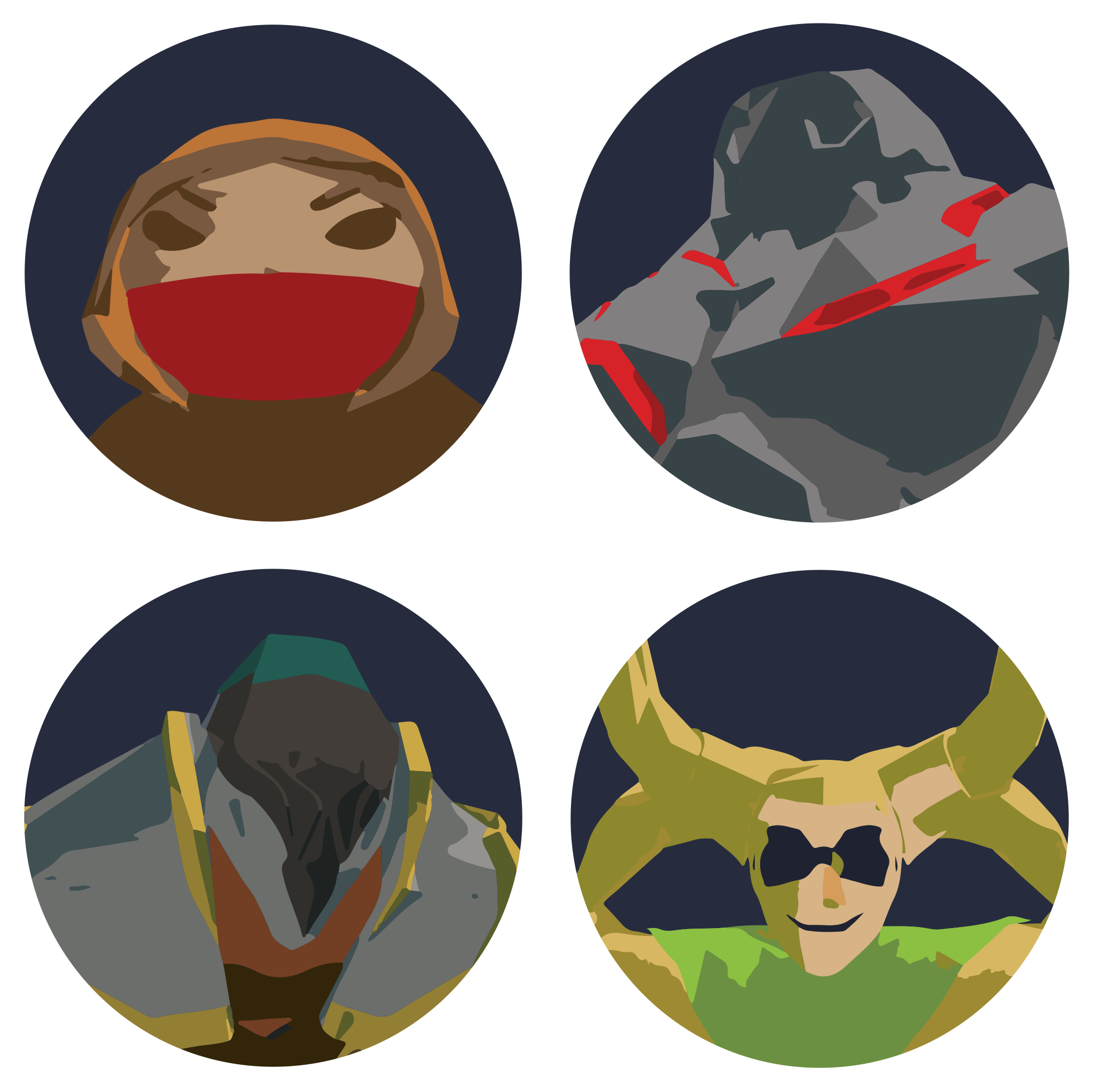 And these in-game character stylized icons: 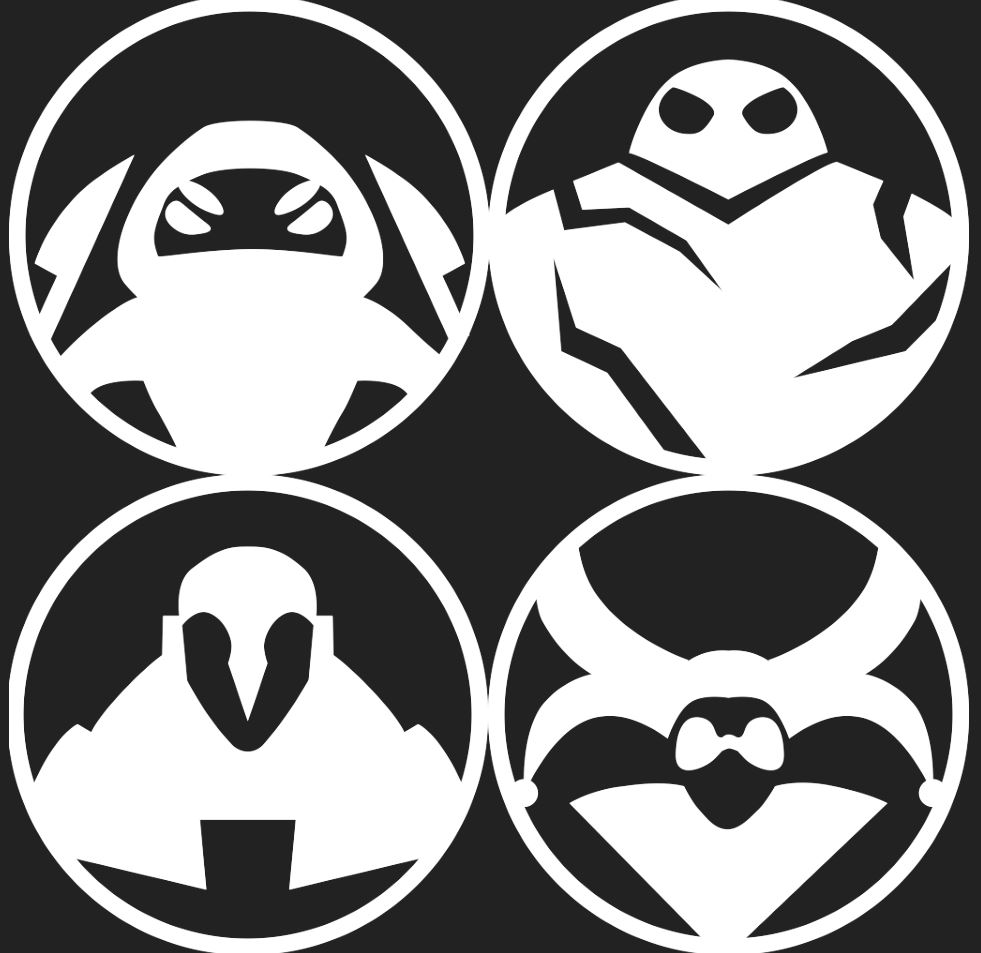 This is the current look of the in-game UI, with the same icon shown and the ability load bar circling the icon and an empty pickup icon slot (with some testing of pickup spawning happening on the screen, so please ignore that): 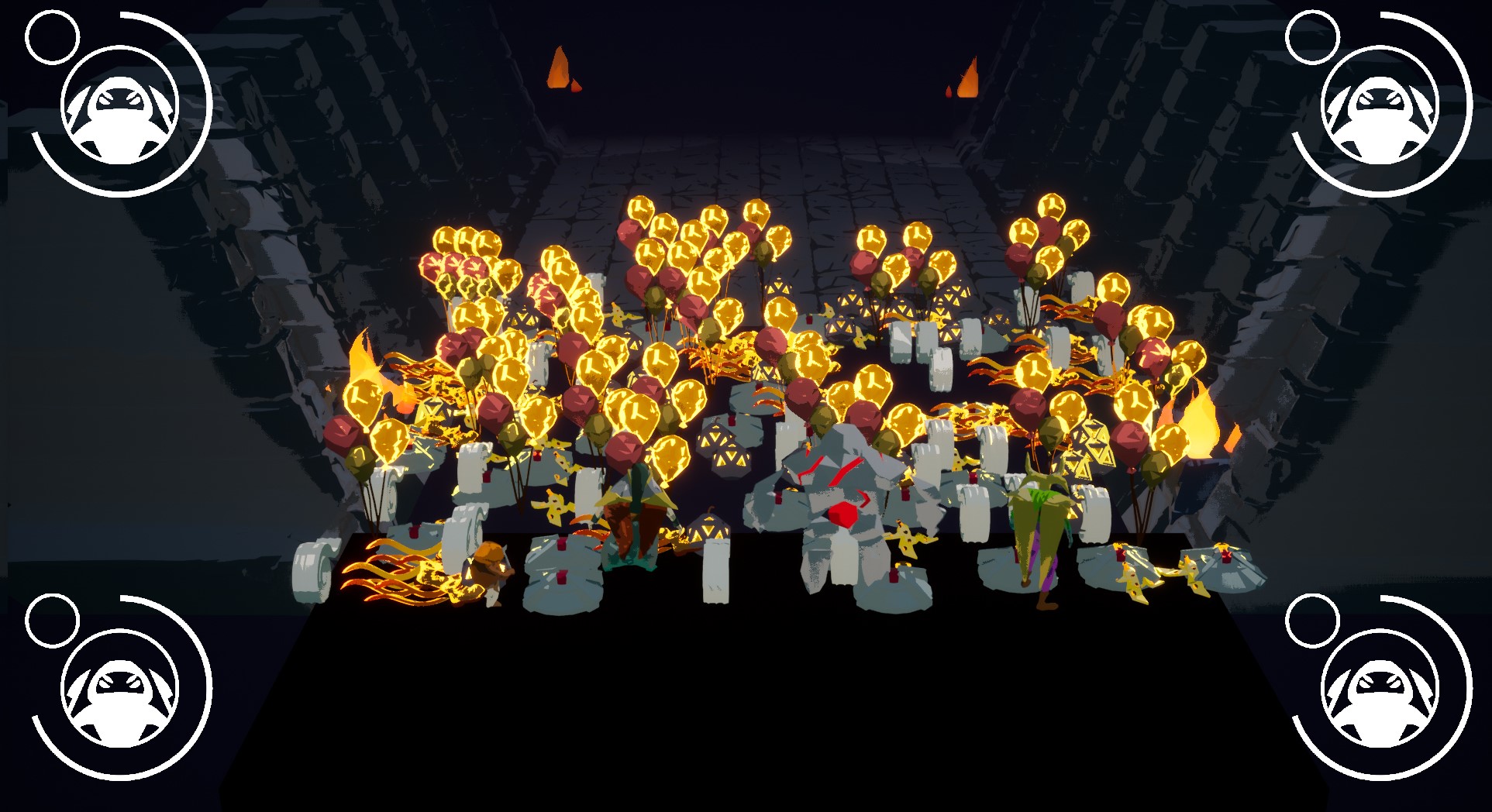 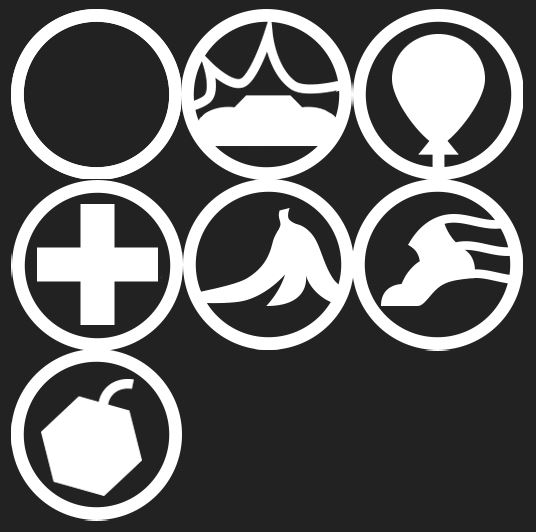 Also all the animations were done, with quite some polish left to be done for them, but at least they were all completed, considering they were all different for all four characters, so that makes a total of 40+ animations total.

Last but not least, here are some funny bugs while we're at it:

The Trickster doing some wILd things when he's had a few drinks:

And there's a whole lot more where those came from, but this is all for now.