We had a long vacation and were able to get quite a lot of work done!

Our programmers implemented most of the features of our game in the last couple of weeks! Those include:

The implementing of those features drastically changed the feel and dynamics of the game - they made it significantly more challenging and fun!

The artists took care of the majority of the animations, with just a few remaining to be created:

Character icons for the start of the game + for the in-game HUD were also created: 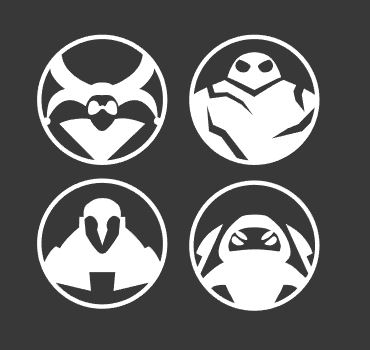